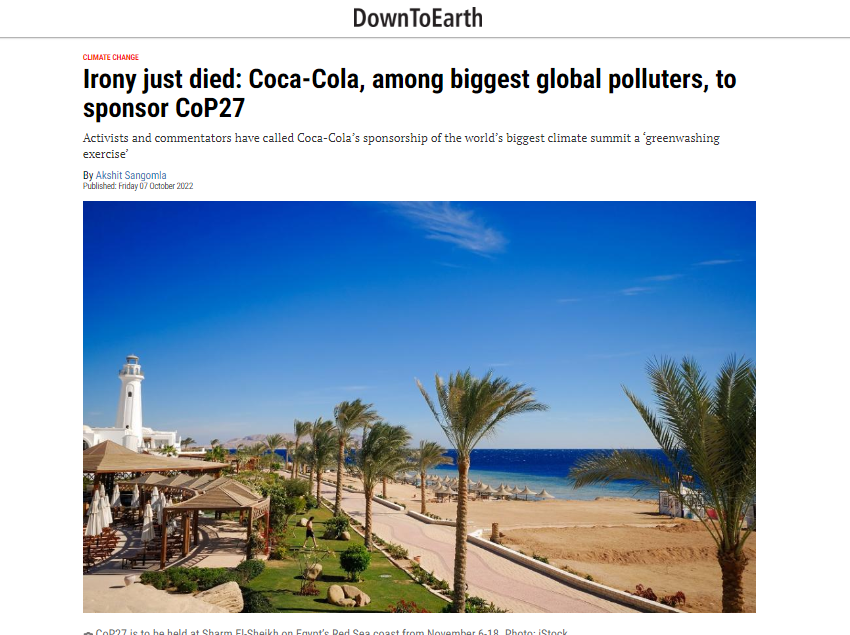 The United Nations Framework Convention on Climate Change (UNFCCC) Conference of Parties 27’s (CoP 27) Egyptian presidency on September 29, 2022, named Coca-Cola Company — one of the biggest plastic polluters in the world — as the official provider and supporter of the year’s biggest climate change conference.

CoP27 is to be held at Sharm El-Sheikh on Egypt’s Red Sea coast from November 6-18. Countries under the UNFCCC will negotiate on mitigation, adaptation and financing aspects of action on climate change at the summit.

South Asia Rainwater Network   We invite you to become a member of our network on RWH. Together we can certainly make a difference by supporting each other towards creating access to water for vulnerable population in the South Asian countries. Simply click the below link that you are interested in adding your organization to the network.   CLICK HERE TO REGISTER
+94 11 552 4612
contact@sarainwater.org